The Story behind the First Wounded Veterans to Visit the RRL 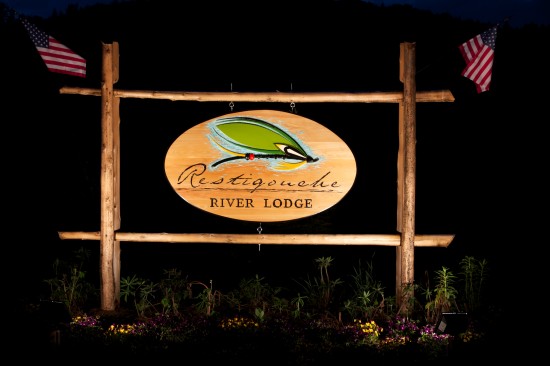 The first veteran’s to visit the lodge had a very interesting story behind them. After painfully trying to organize a veteran’s week with little success through many of the veteran organizations I was at a dead end. It was at this time when Martin Silverstone, editor of the ASF Journal pushed the right buttons and made the connection which allowed this week to become a reality. The fascinating story behind the circumstances that connected these two solders gradually unfolded. Sergeant Butch Freeman was serving a tour of duty in Iraq when he was wounded in a mess hall suicide bomb attack. David Walker having heard the news about the fellow Mainer being wounded made the decision to enlist himself. David while serving his tour as a medic in Iraq was wounded in the exact same circumstances as Butch. It was then while the two soldiers were taking part in Project Healing Waters, an organization that promotes and supports recovery and rehabilitation through fly fishing, that the two became acquainted.

Before I knew it I was heading up to Maine picking up Butch in Portland and David in Bangor on our way to the lodge. This Veterans Week was filled with many fond memories for the Staff, partners and guests at the RRL. The vets enjoyed the Atlantic salmon fly fishing, dinning and comforts of the lodge throughout the entire week. A mid-week barbeque was held with the staff, partners and guests honoring the two soldiers. The barbeque got off to a highly emotional start with piper Archie Babcock coming across the footbridge piping Scotland the Brave. After many tunes there was not a dry eye to be found.

In attendance was Martin Silverstone who as stated before was instrumental in making this great week possible and hopefully will be there when Canada Vets greet the Vets from the U.S.A. this coming year. As for the fishing, David who fished for Atlantic salmon in Maine as a boy and having never landed one, got his first Atlantic salmon during this week. For Butch and his first Atlantic salmon, well the salmon of over 20 lbs jumped and ran all over Home Pool before taking a long line release after a hart pounding 25 minute fight.