History of the Restigouche River

The Restigouche River is steeped in history from the first explores of the river to the wealthy moguls of industry that built the lodges and fished the Restigouche River for its famous world class Atlantic salmon. The window to this history was opened to me at the time we purchased the Point Du Jour Salmon Camp now the Restigouche River Lodge. It is our hope that we can in time, take a look into this history and find and record some of the interesting facts about the people and events connected to this river through its salmon fishing.
Most of us that fly fish for Atlantic salmon are fascinated with purchasing or tying the flies, finding and acquiring books, hooks and materials that we need in the pursuit of this sport. In the modern day of the computer age the materials and information are at our finger tips, a far cry from what one had to do in the early nineteen hundreds.

The story of the Rusty Rat starts at a salmon camp just above the waters of Restigouche River Lodge, the camp has been known as Grog Island Camp from prior to the present day. The camp was acquired in 1930 by Joseph Pulitzer II whose father was the publication giant whom the Pulitzer Prize was so named.

Our connection to Grog Island came by way of the Fitzgerald family, Frank Fitzgerald and his wife Felicia managed, guided, cared for and feed the guest of the lodge before during and after the ownership time of Joseph Pulitzer. The Fitzgerald Sisters Faye, Barbara, Kathy and their Brothers Garth and Frankie spent their summers at the camp keeping busy with chores and helping out. During one of those summers at the age of twelve Frankie managed to land a 40 plus pound plus Atlantic salmon on the Grog Island water just above our England Pool. Frankie today recalls the story “I caught the 41 pound salmon on a dusty miller with a gut leader, Pulitzer sent the salmon to Bangor, Maine and had it mounted for one hundred and ninety five dollars” the salmon still hangs to this day in the Restigouche Motel in the village of Matapedia.

Barb has been the cook and on staff at our lodge through all the prior owners for most of her professional life.

Kathy has run the inside operation and hosted the Restigouche River Lodge for the past few years after spending 30 seasons at Toms Brook with her husband Deering Irving. Deering is also the manger and guide at the lodge arriving on one year prior to Kathy.

This all lead us to the life and story of Joseph Clovis Arseneault who despite others claims is really the inventor of the Rusty Rat. I had the good fortune of landing my first Atlantic salmon on a Rusty Rat also having tied the fly myself. The fly’s body was more orange and could have easily been renamed the Orange Rusty Rat. This point highlights all the enjoyment along with the claims, kidding and heated arguments over the controversy of creating new patterns and variations in fly tying. This is also true in the creation of the Rusty Rat as a few others have claimed to be the originator, even Joseph Pulitzer himself! Of course this would lead to another interesting story and investigation in the history of the sport of Atlantic salmon fly fishing and fly tying.

Photo below of a Rusty Rat tied by J.C. Arseneault. The materials used to tie flies in New Brunswick back then were not very easy to come by, heavy tying thread, no peacock swords, and whatever floss and tinsel that you could get his hands on. The wing was made of mixed black and white deer hair and the collar regular barn yard chicken. These flies took many salmon back then! So you have inferior materials but greater numbers of salmon while today we have the quality materials but not the numbers like years ago. When it comes to Atlantic salmon fly fishing the challenge and enjoyment remains the same as in the days of yester year. 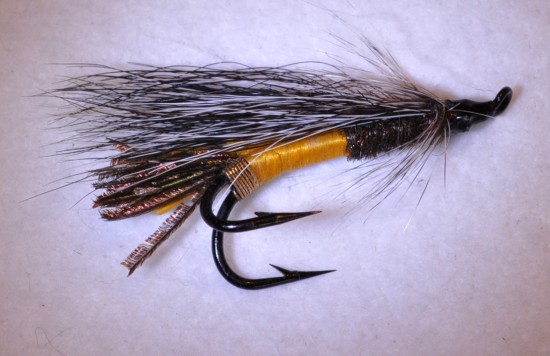 Here is a Rusty Rat tied with the quality materials available today. Fine tying thread, beautiful floss and tinsel and peacock swords. The wing is gray fox, which was also available then but could have been gobbled up in the fur trade. The hackle for the collar is from a hen saddle and we all know the advances that have been made when it comes to hackle. 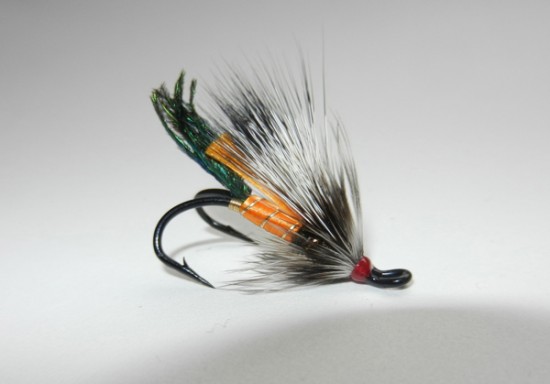 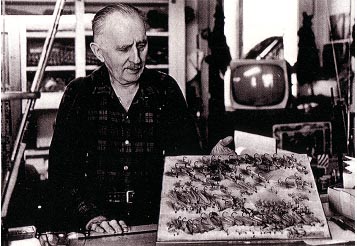 Joseph Clovis Arseneault of Atholville, well-known New Brunswick fly tier, was born in Black Cape, P.Q., on May 1, 1902. In 1929, he moved to Atholville, a small village on the outskirts of Campbellton, New Brunswick.

In 1929 tying flies for Clovis Arseneault was just a hobby. He started tying as a professional in the 1930’s. He had a hard time selling his feather flies, mainly because some big companies in England and Canada gave him a lot of trouble when he tried to get hooks, feathers, tinsels, etc. They’d been selling flies in New Brunswick for years and were unwilling to welcome a competitor in an area they’d come to regard as their private preserve. No one wanted to help him except a handful of true sportsmen who were members of the Restigouche Salmon Club. By 1935, through perseverance, he had established a fly tying shop that developed into a full time business. His private clientele and personal friends included many famous people.

He used dog hair, deer hair, and moose hair; bear hair and even monkey hair to make his flies. It made him wonder what a salmon saw in a hair or feather fly. His difficulties in obtaining rare bits of hackle and wing material turned into good fortune when his hair-winged flies such as the “Abbey”, “Orange Blossom”, “Silver Betsey” and “Green Highlander” became increasingly popular with members of the Restigouche Club. They soon were being copied widely elsewhere. As a result, he busied himself developing new patterns, including the legendary “Rusty Rat”, first tied for the late Joseph Pulitzer. 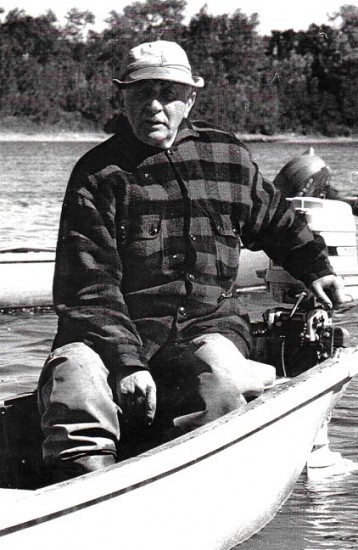 Life Magazine interviewed Clovis in 1942. In 1945, they published an article heralding him as the best fly tier in New Brunswick. Fortune Magazine also wrote an article about him. This was followed by Esquire Magazine’s publisher, Arnold Gingrich, writing a book titled “The Well Tempered Angler” in which J.C. Arseneault is acknowledged as a pertinent fly tier of salmon flies, particularly hair-wing. As interesting as many of the articles written about Clovis Arsenault are, an article written by Sam Day in the Winter Issue of The Atlantic Salmon Journal of 1945 draws the most attention. The article is specifically about a particular series of hair-wing patterned flies named Rats. One of the Rats in the series is called the “Rusty Rat.” It is a very famous fly whose pattern has been claimed by a number of people. Roy Angus Thompson, Dr. O. Summers, Col. Ambrose Monell and Dr. D. Clough are among those credited with its origination. However, in the early 1950’s, Sam H. Day researched the fly’s origin. He discovered that according to Dudley Mills, “eastern coast salmon fisherman”, the man who first tied the Rats was J.C. Arseneault, professional fly tier from Atholville, N.B., whose flies have been taking salmon on the Restigouche and other New Brunswick and Quebec rivers. 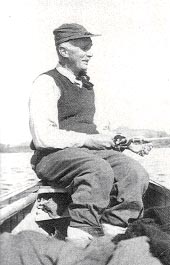 Clovis Arseneault was a master in the art of fly tying. He tied thousands of salmon flies with a unique and individual style that set him apart from other tiers. He became a specialist in the production of the fully dressed and hair-wing Atlantic salmon flies. At the time of his death, he was known internationally for his skills; his salmon and trout flies being used on Canadian, American and European waters. His favourite rivers were the Restigouche and Upsalquitch.

According to Clovis Arseneault the origin of the “Rusty Rat” salmon fly goes like this. In 1949 Joseph Pulitzer was fishing with a large “Black Rat” he got from Clovis. Clovis had used a rust coloured floss for the under binding of the fly. Pulitzer had already caught several fish on the fly and by this time the salmon had chewed it up pretty good. The rusty threat had come out through the body of the fly, but Pulitzer kept fishing with it and ended up landing a forty-pound salmon on the chewed up Rat.

Pulitzer, who was all excited, went to Clovis and told him of the success he had with the fly and expressed the fish catching possibilities the fly might have. Clovis made copies of the fly as it appeared in its chewed-up state. He had to tie the fly several times before it appealed to Pulitzer. Once Pulitzer was satisfied with the results he named it the Rusty Rat. Since that day the pattern has never varied.

This is the story of the Rusty Rat and the man who first tied it, but the reason for their peculiar appeal to the salmon will have to wait until someone finds a way to communicate with a fish.

It is interesting to note that Clovis Arseneault tied the rear half of the body with two separated lengths of golden yellow floss, each trailing the other, and extending as veils from the middle of the body through half the length of the tail on top of the fly.

Frankie with his salmon as it hangs today