Greg Heister, host of Seasons On The Fly will visit the Restigouche River Lodge to continue filming an episode and fly fish the Restigouche River for those big first run Atlantic salmon most likely during the first week of June 2013.Greg has been producing award winning outdoors television for nearly 20 years. The accolades are highlighted by four regional Emmy awards won for a fly-fishing series and his coverage of the Iditarod Sled Dog Race. He began tying flies at 8 years old and has parlayed that early experience into a life-long passion that has taken him around the world in pursuit of fish that will eat a fly. He has been a fly-fishing guide in Montana, Idaho and Alaska. His fishing combined with 18 years of on-air experience in television, including work for ESPN, FSN and many local television stations, makes him the perfect host and producer for this type of program. Many of the fishing shows today are produced by fishermen who don’t know television or by television producers who don’t know fly-fishing. With his award winning experience in television, his work as a fly-fishing guide and his 30 years spent on rivers around the world Greg Heister is the right man to create such a show.

We still have a few openings for those who might want to visit the RRL this week. KB 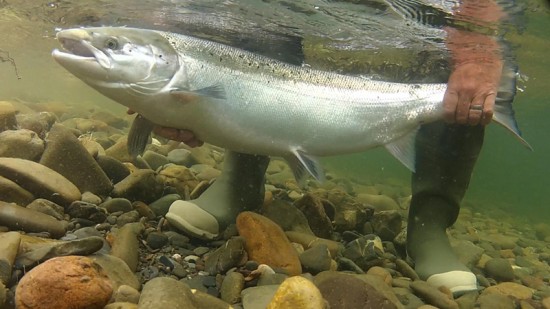